The newspaper advertisement was tiny, but the promise of adventure was huge.

It was a three-line ad in the travel section of the Bristol Evening Post in the spring of 1973. Placed there by Intourist, the government-run travel agency in the USSR, it offered trips all around the Soviet Union.

The itinerary included stops in Leningrad (as it was still known then), Moscow, Kiev and Tashkent along with visits to fabled cities like Samarkand on the silk road through Uzbekistan, Tajikistan and Kazakhstan.

The cost – the equivalent of about $300 per person – was a bargain, heavily subsidized by the Soviet government and Aeroflot, the national airline.

There was just one catch – they wanted groups of at least ten people. So I rounded up a dozen or so friends – ranging in age from eight to eighty. Included were accountants, teachers, an architect, a nurse and a journalist.

So it was an extraordinary band of adventure seekers on board when we left London on our Aeroflot plane bound for Leningrad on the first of ten flights criss crossing the USSR.

We all had had to submit our passports to the Soviet Embassy long before we left  – and we assumed we had KGB clearance before setting foot behind the Iron Curtain right in the middle of the Cold War.

Very few westerners were allowed into the Soviet Union in those days, so our trip was quite unusual, although the Beatles had just made the country fashionable with their hit “Back in the USSR”.

As soon as we arrived in the customs hall at Leningrad airport there were gun-toting soldiers….utterly unsmiling and stern. Everyone was scrutinizing us and almost instantly Communist propaganda was thrust into our hands, some of it written only in Russian. It was a culture shock as we entered the vast, secretive, country still under the control of Leonid Brezhnev.

And so began a 16-day adventure at the height of the tensions between the USSR and the West.

It was a grim reality. Grey cities, grey people, the women dressed mostly in black, with inscrutable expressions. Soldiers and military were everywhere as we were hustled from one government-approved  place of interest to the next. No neon lights, and very little colour. Drab was the word that remained with me.

And on every corener queues of people patiently waiting for everything, especially food, which was in chronically short supply. Queues for meagre meat rations to a few eggs or a loaf of bread. There were even lines for vending machines dispensing beer. With one glass provided, you put coins in the slot and then drank your beer before passing the glass onto the next person.

More often than not the lines would last all day – people lined up for as long as 12 hours for basic food that might have run out before they even reached the front of the line. It was a way of life they had no alternative but to accept. Tedious, unrelentingly drudgery. Once customers got their food there was another long line to pay for it. And as there were virtually no refrigerators in Russia back then, the food didn’t last long and the women were back again the next day.

As tourists, we were welcomed into government-run Beriozka shops – with no lines at all, just a desire to earn our foreign currency that we used to buy cheaply made souvenirs, smokes or alcohol, usually vodka.

In restaurants, as tourists, we were even given different menus – but still became accustomed to surviving on stale bread, a hunk of overcooked meat and a piece of indeterminate, tasteless cheese.

The hotels were average at best – with tough looking female agents on every floor to monitor us 24 hours a day. They kept our passports throughout our stay and we were certain we were always under surveillance. There were rumours that the KGB installed spy equipment in all the Intourist hotels. And there was always a risk we would be taken away for just about any indiscretion.

But while it is easy to paint a picture of the overwhelming drabness it was still a fascinating experience.

In Leningrad we visited the Hermitage, St. Isaac’s Cathedral and shops along the infamous Nevsky Prospect, along with the spectacular and beautifully maintained palaces – the Winter palace, the Peterhof, and the Catherine Palace, with their extensive use of blues, yellows and gold. 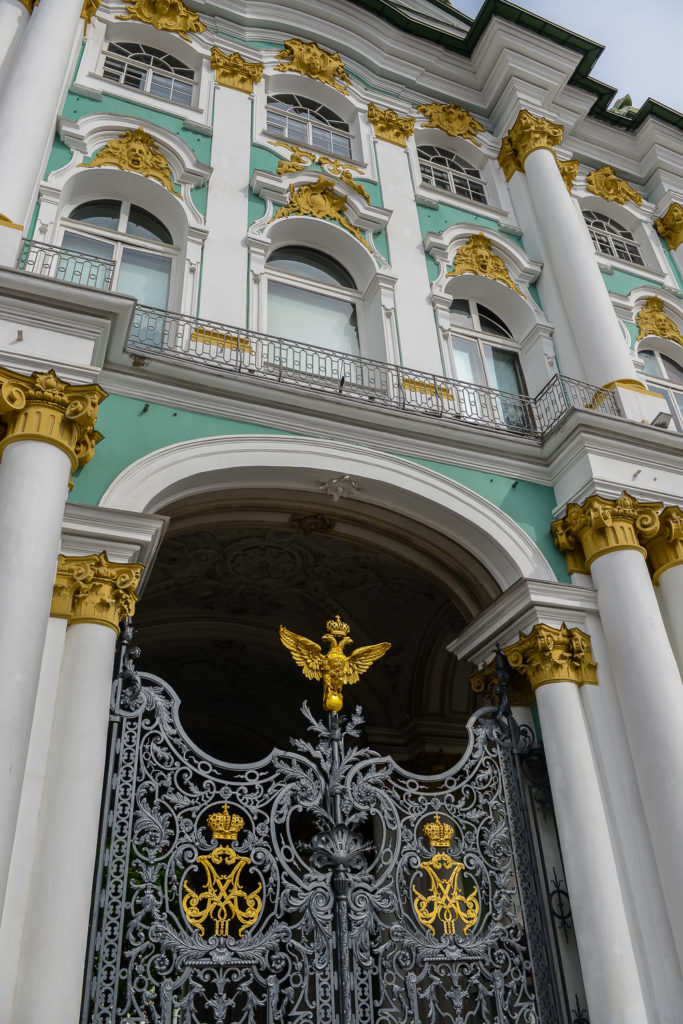 Our young Soviet guide, or “keeper”, was one of several thousand specially trained by the Soviet government. She kept us on a tight leash throughout and was dedicated to showing us a quasi-Utopia. Her name was Ludm 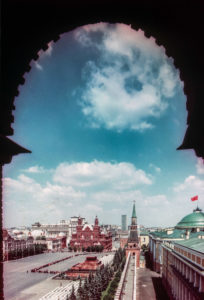 illa, and we were certain she reported back to her handlers at the end of every day.

In Moscow we toured the Kremlin fortress, and spent hours walking around the cobble-stones of Red Square, with the iconic multi-coloured spirals of St. Basil’s Cathedral on one side, the Kremlin on another and the spectacular GUM department store on a third. It was, arguably, the most spectacular square in the world. And perhaps still is.

And then there was Vladimir Lenin’s tomb right in the centre of Red Square. Locals lined up for hours to see his embalmed body, but as tourists we were ushered in within minutes to see his corpse which has been preserved there, astonishingly, since his death in 1924. 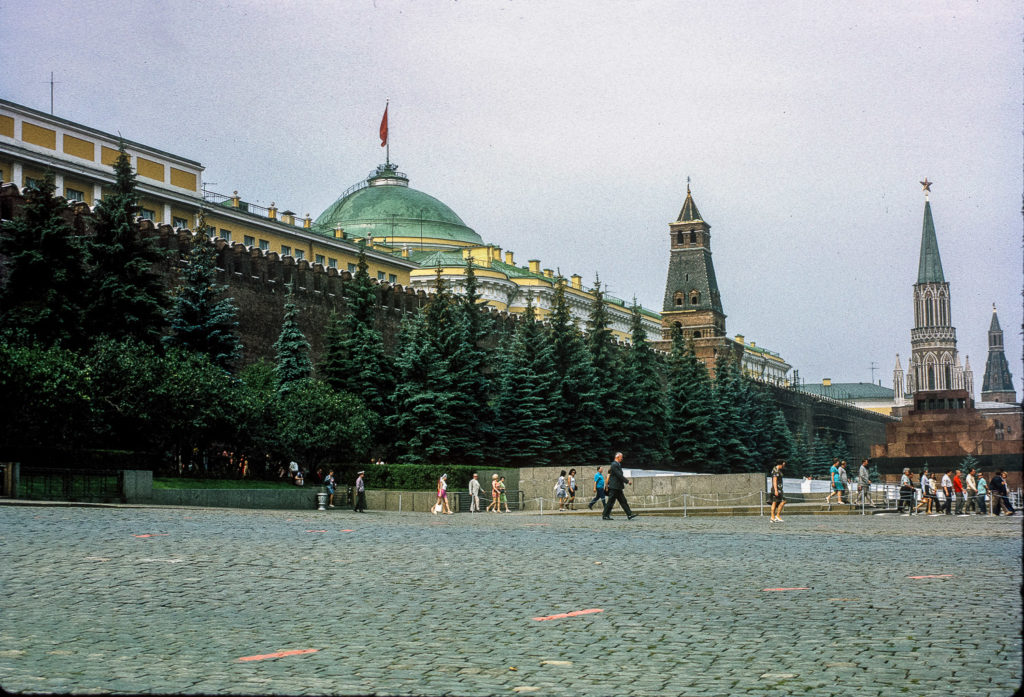 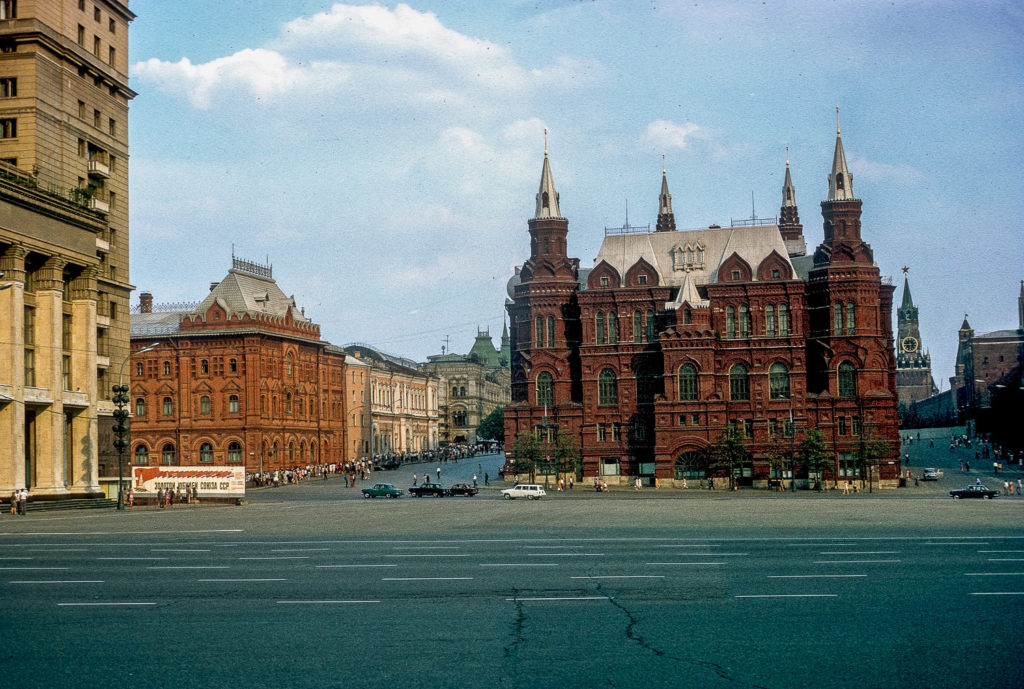 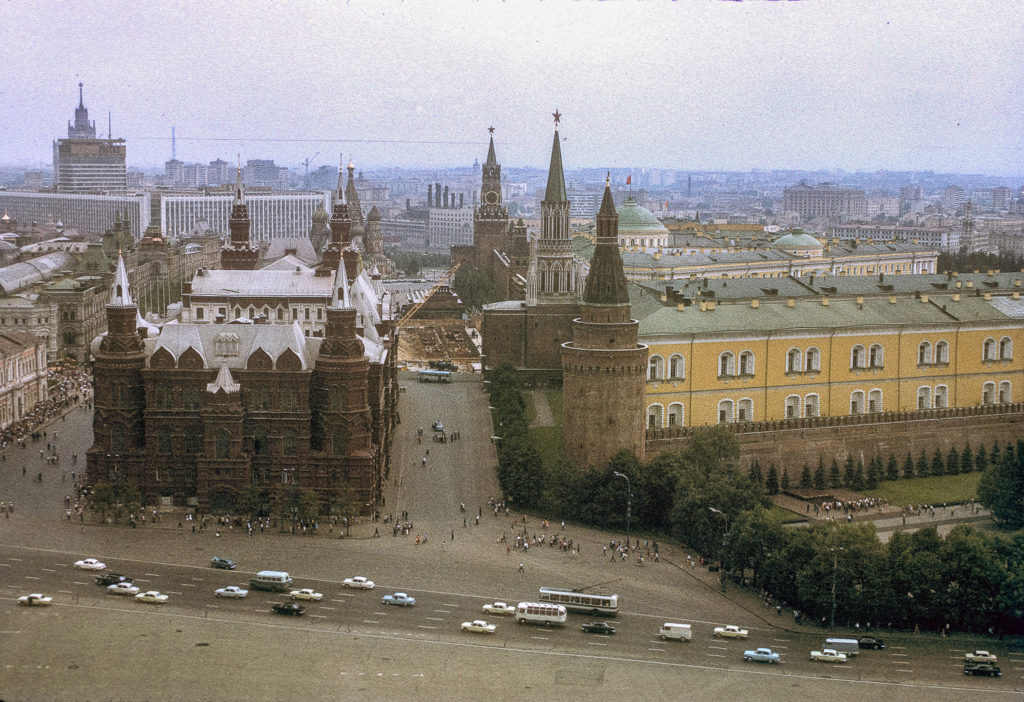 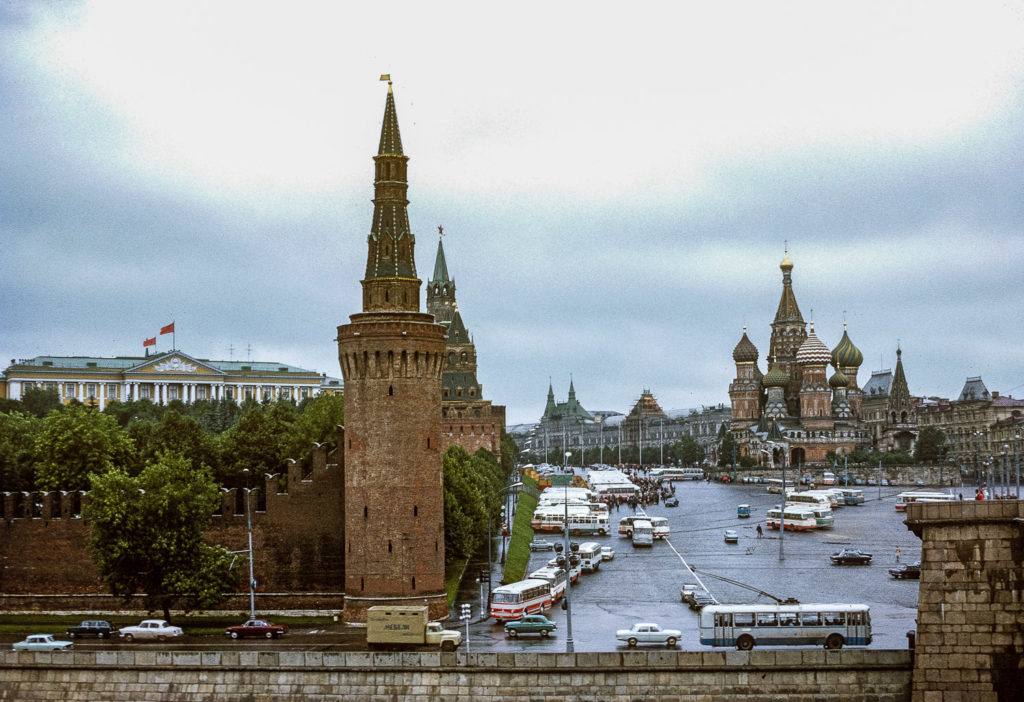 After leaving Moscow, we spent a day in Kiev, mostly on the Dnieper River, and then Tashkent before flying into Samarkand, the centre of the silk routes during the 1300s. Utterly beautiful mosques, mausoleums and historical minarets, all beautifully preserved.

The city of Samarkand is over 2,750 years old and is the place where trade routes to the west, Persia, to the East, China, and to India in the south, intersected and formed the Silk Road. Majestic and architecturally stunning it is a historical treasure and has since become a UNESCO world heritage site. 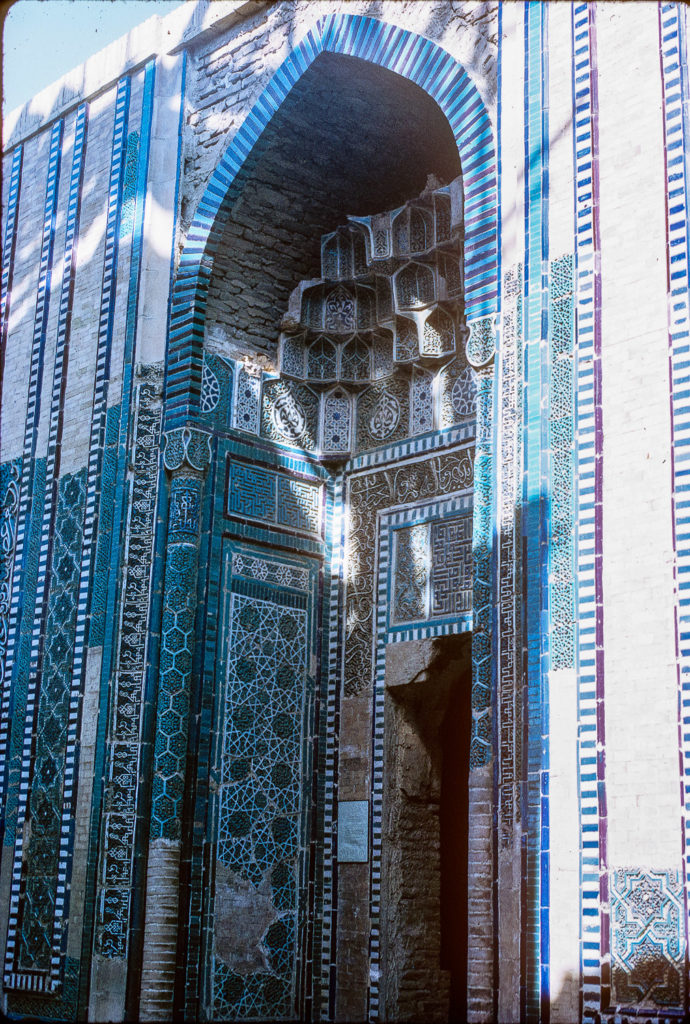 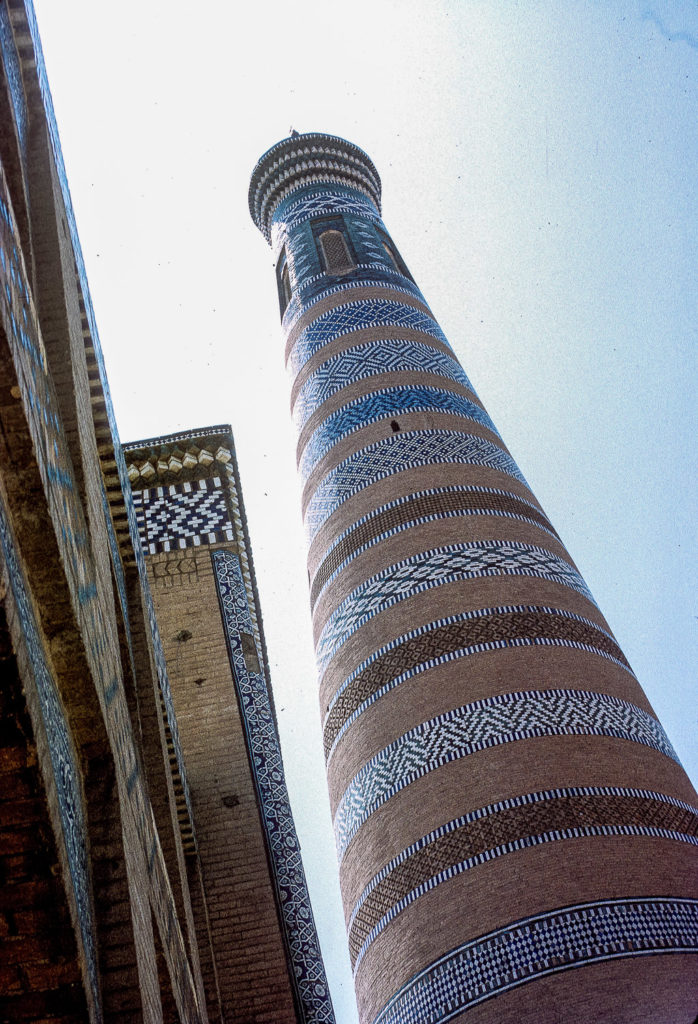 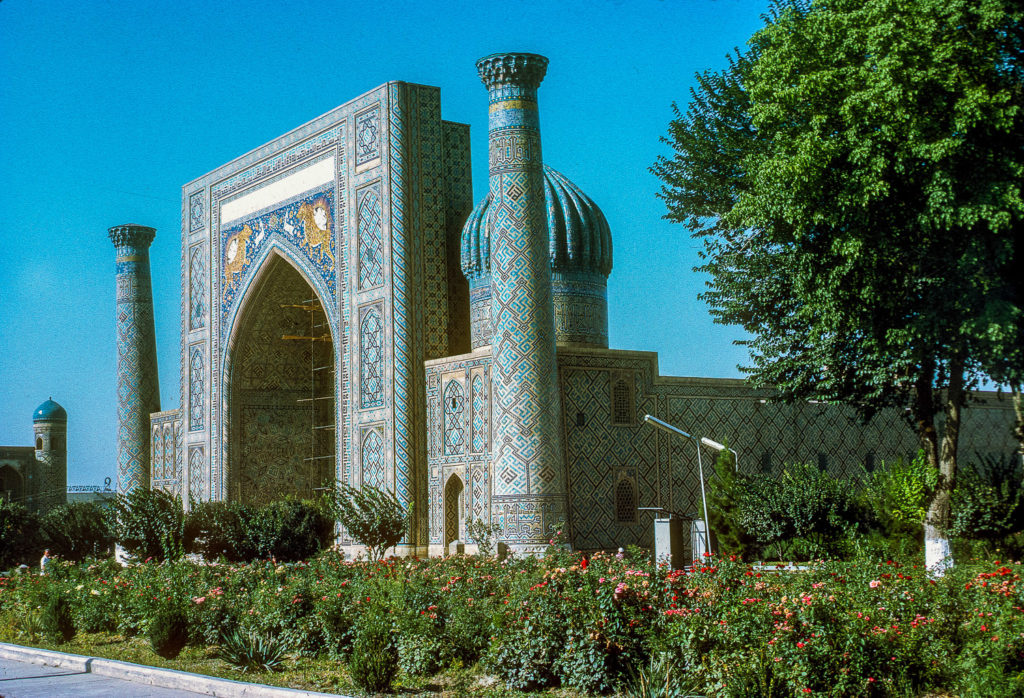 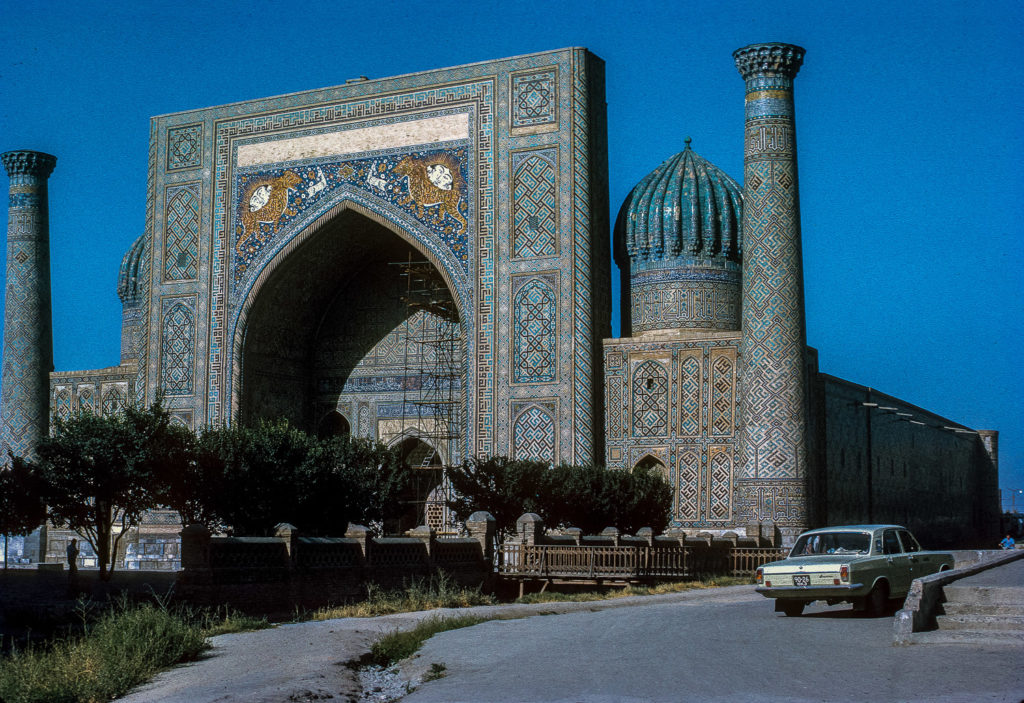 Then there were also side trips to the equally historic cities of Dushanbe and Bukhara, and a bus trip up winding snow-lined tracks into the Pamir Mountains which stretch into Afghanistan.

It seemed a long way away from the drab reality of Moscow and Leningrad, where life was chipped and cracked, broken and malfunctioning – lacking even the spirit of hope.

As we made our way back to London, on our final trip aboard an austere Aerolflot flight, we felt we were returning from 16 days in a time warp – a rigidly controlled adventure but an experience all of us clearly remember. 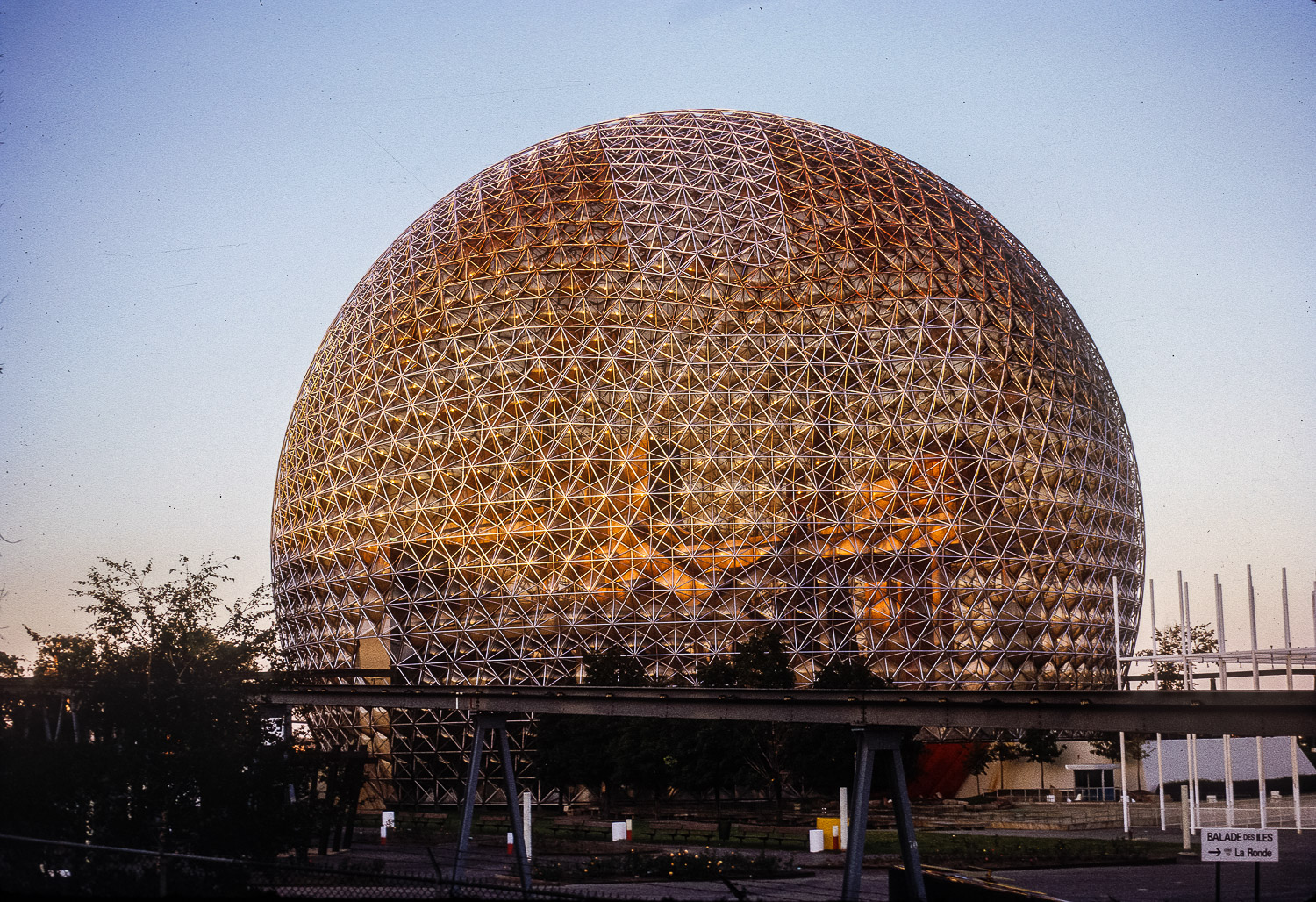