We knew this adventure cruise along the West Coast of Africa was potentially dangerous. But when we were told about the threat of pirates, it raised our anxiety to a whole new level.

We were embarking on a 16 day cruise along the African coast…from Ghana to Morocco.

As soon as we stepped on board our Silversea expedition ship, the Silver Cloud, we heard that the ship had already had to bypass two West Coast countries because of the very real threat of piracy: and that several times the ship had to be plunged into total darkness – all lights had to be turned out, or black out curtains used to cover windows to avoid hijackers.

The seas off West Africa’s oil-rich coastline are now the most dangerous in the world for shipping, according to One Earth Future, which produces an annual report on the State of Maritime Piracy.

It’s not just the huge tankers exporting oil and gas from Nigeria and Ghana that are targeted.

Commercial ships, including cruise ships, from smaller countries are also in the sights of the pirates.

Rich pickings at sea, political instability, the lack of law enforcement and poverty on land are all factors which have contributed to the increase in piracy.

The East African shipping routes along the Somali coastline have been notorious for hijackings and robberies. But since peaking in 2011, rates of piracy there have fallen off dramatically in recent years in large measure as a result of a successful multi national effort to patrol these waters and take firm action.

Against this backdrop of piracy our adventure started with a couple of days in Accra, Ghana.

For me, Ghana is and has always been the country of dreams. Ever since independence from Britain in 1957, it has been one of the most fascinating countries in the world.

We flew into a marvellous new airport in Accra – maybe the most efficient and modern we have encountered anywhere.

Our visit included a morning in the fishing community of James Town….inhabited by the indigenous population known as the Ga. The port was full of flamboyantly dressed families hauling in their catch and smoking their fish.

But the highlight was a small market workshop specializing in building fantasy coffins. Yes, really, Handcrafted coffins are made in the shape of fruits, animals, fish, cars – even planes….these unique coffin designs are made for rich people after their deaths, but  are also now collected all over the world and exhibited in museums.

After leaving Accra, our first stop was Takoradi, which is a community with a dark and difficult history….after a courtesy call to chief of the village. we were treated to a school concert – with emphasis on young teens playing the drums.

But the main reason for the stop  was to visit Cape Coast Castle built by the Swedes in 1652 and ultimately taken over by the British. The slave quarters  – where slaves were bargained for and sold – were grim and haunting.

And most poignant was the huge wooden door that was opened for the slaves to board their ships…knowing this was the last they would see of their homeland before sailing away. For ever.

Then to Elmina Castle – another slave auction market, where the slave dungeons were in their original condition alongside the condemned cells where slaves who tried to escape were incarcerated.

Next stop: Abidjan on the Ivory Coast, and a visit to the historic  Grand Bassam, once the commercial centre of the country. A UNESCO world heritage site it was chosen as an example of a late 19th and early 20th century colonial town.

Just to add to the tension, two years before we arrived there were travel warnings about Grand Bassam after Islamist gunmen opened fire on tourists there killing as many as 16, including four Europeans. Beachgoers were filmed screaming and running for cover as up to four gunmen stormed three hotels, spraying bullets indiscriminately and shouting “Allahu Akbar”, at the holiday resort 25 miles east of the country’s economic capital Abidjan.

But it was all calm when we were there! Benign actually.

Sierra Leone was perhaps my favourite nation along the West Coast, and by way of introduction we took zodiacs to Tokeh Beach, which must rank as one of the most spectacular beaches anywhere in what is increasingly a tourist mecca. Pristine sand, calm water and lush green mountains, we also visited a beautiful fishing village. Locals made handicrafts to sell, and I bought a primitive wooden fishing boat carved by a young lad, Oscar, which sits with pride in my living room.

It was a nice break before we sailed into the chaos of Freetown, founded in 1792.

Freetown, only an hour away from Token Beach, brought us back to earth. Despite the poverty here – Sierra Leone is one of the world’s poorest countries – it is a vibrant, frenetic and friendly city squashed between forested hills and the sea.

BUT, the city must have the worst traffic congestion in the world. It took an hour to drive down a city block. It was total chaos. But colourful chaos, along noisy, gritty streets.

Nevertheless is Sierra Leone about to become a major tourist mecca? With a troubled past, this small West African country doesn’t immediately spring to mind as a tourist destination. Its decade-long civil war, fuelled by the diamond industry, ended in 2002 at the cost of 50,000 lives.

In 2014, just as the country was recovering – thanks to remarkable reconciliation efforts and a rejuvenated mining industry – Ebola arrived, killing almost 4,000 people. Sierra Leone went into lockdown for two long and lonely years. Then, in 2017, a horrific mudslide struck the capital Freetown, causing around 1,000 deaths. But Sierra Leone, known locally as Sweet Salone, is shaking off the shackles of its grim past: now peaceful and Ebola-free, it deserves a new narrative.

We even watched a soccer match at a local school – a soccer match I’ll never forget as it was played by two sides of amputees. Mostly young men who lost limbs a few years earlier during the brutal civil war. Their speed and dexterity brought tears to your eyes watching their courageous and competitive game.

But the main purpose of our trip was to visit the chimpanzee sanctuary Tacugama, a conservation sanctuary outside Freetown, which cares for 100 chimps at a time before releasing them into wild.

It was founded in 1995 to rehabilitate chimps by Bala Amarasekaran and his wife Sharmila after they came across a weak baby chimp tied to a tree while traveling around the country in 1985. They bought him for $20, named him Bruno, and he was soon one of seven chimps they cared for. In need of space, the government of Sierra Leone allotted them 40 hectares of land on a steep mountainside high up in the rain forest 26 years ago.

In 2019 it was during primatologist Jane Goodall’s visit to Tacugama that the government announced the chimpanzee as Sierra Leone’s national animal and new face of tourism—moving away from diamonds.

“The chimp becoming the national animal is great for us,” says manager Aram Kazandjian. For the likes of Aram, that’s significant because it puts conservation top of the agenda. There are around 5,500 wild Western Chimpanzees in Sierra Leone with their status set as ‘critically endangered’ due to deforestation, logging, encroachment and poaching for bushmeat or pet trade.

As we walk around the sanctuary, we see playful chimps in action – grooming themselves and each other, playing together, recognizing the voices of staff as they approach, and climbing high into the trees. They will all be released eventually.

“I can say, with certainty, that Tacugama has eradicated the pet trade market in Sierra Leone,” says Aram.

Next a  brief stop in Banjul, Gambia, where we toured Abouko National Park with  500 species of birds in 250 acres, then on to Senegal, and the capital Dakar.

But the extraordinary highlight was a full day trip to Joal Fadiouth, several hours drive from Dakar. The islands are made entirely of shells. Yes, shells! It is extraordinary., …the shells are both decorative and also used as construction material. Joal and Fadiouth are linked by bridge built almost entirely of clam shells. Even the cemetery is full of graves made of shells, where two cultures – Muslim and Christian – lie in peace.

That night we ended our time in Senegal on Goree Island.

From the 15th to the 19th century it was the largest slave trading centre on the African coast. Its architecture – fortresses, buildings, streets and squares – is characterized by the contrast between the grim slave-quarters and the elegant homes of the slave traders. The island is the symbol of the slave trade with its cortege of suffering, tears and death.

And it continues to serve as a reminder of human exploitation and as a sanctuary for reconciliation. It testifies to an unprecedented human experience in the history of humanity and is now a pilgrimage for contact between the West and Africa and a space for exchange and dialogue of ideals of reconciliation and forgiveness.

Finally, the sand flats and recreational area of Al Dakhla, in the Western Sahara, and onto Marakesh in Morocco with a brief stop in Paradise Valley in the Atlas Mountains – a  hippie hangout known for its landscape of rock pools.

Founded almost a thousand years ago, Marrakech is one of the great cities of the Maghreb. Somehow this bursting-at-the-seams city exists on the edge of the Sahara Desert, its pink pise (rammed earth) palaces framed by the snow-capped High Atlas.

In its seething souks, Europe, Africa and the Middle East mingle and merge, and the past and present are hard to tell apart. But make no mistake, Marrakech isn’t some petrified piece of history. Instead, this centuries-old trading hub is a creative sweet spot where ideas thrive and a buzz of entrepreneurialism charges the air with an intoxicating, and sometimes, intimidating energy.

This isn’t a place you can gracefully glide through. Instead, you’ll find yourself telling jokes with snake charmers, hankering after the latest henna tattoo or getting a scrub down in the local hammam.

Marrakech is the epitome of exotic. Desert musicians, magicians, storytellers, acrobats, snake charmers, gamblers, and tricksters gather crowds of tribespeople who have come to Marrakech to do their market chores.

You’re in another world. Spend an entire day in the colorful medina wandering aimlessly from souk to souk. There’s a souk for each trade, such as the dyers’ souk, the leather souk, and the carpet souk.

In the medina, you’ll be badgered — or “guided” — by small boys all claiming to be “a friend who wants to practice English.” They are after money, nothing else. If you don’t want their services, make two things crystal clear: You have no money for them, and you want no guide. Then completely ignore them. Remember that while you’re with a guide, he’ll get commissions for anything you buy.

I often hired a young and easy-to-control boy who speaks enough English to serve as my interpreter. It seems that if I’m “taken,” the other guides leave me alone. And that in itself is worth the small price of a guide. 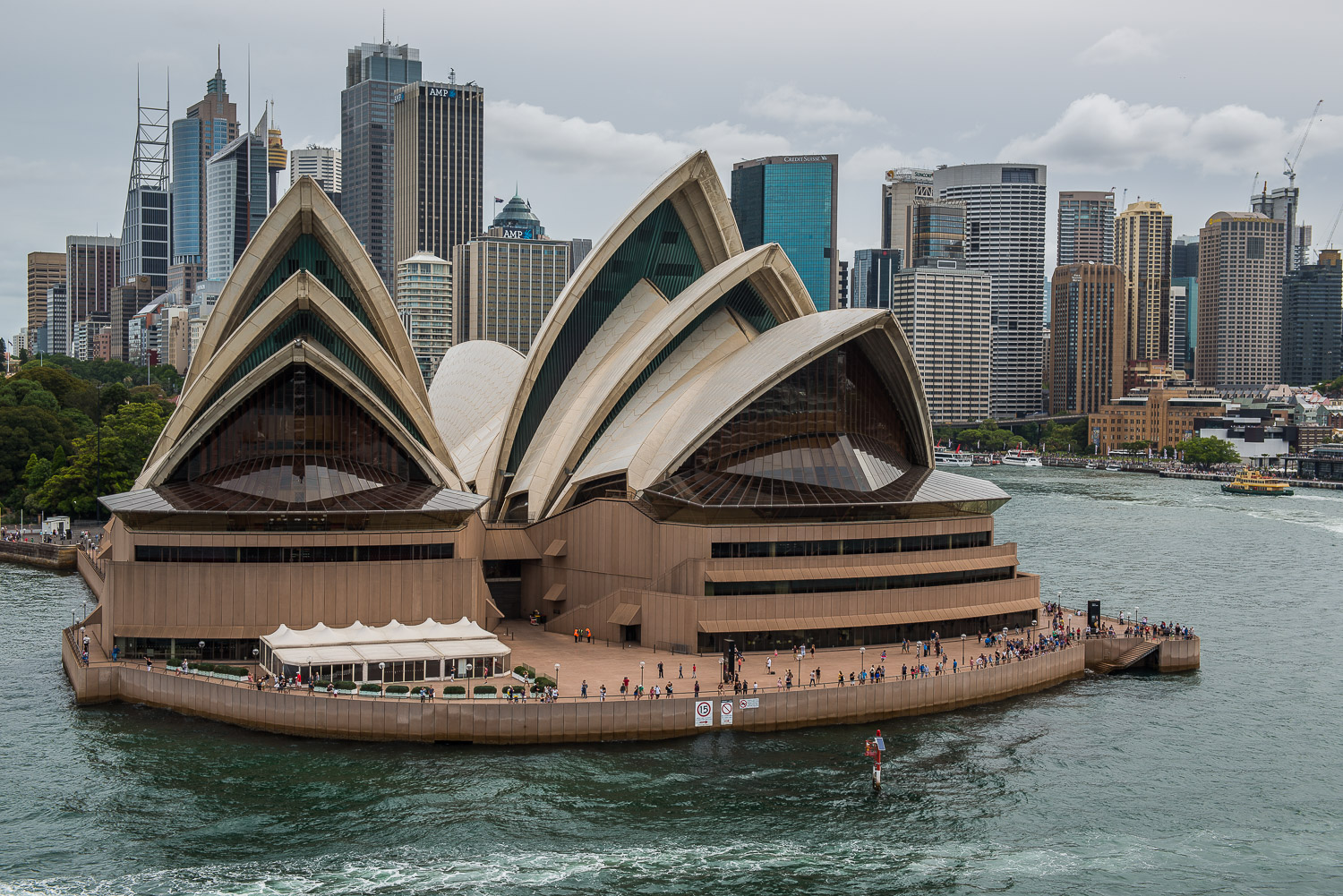 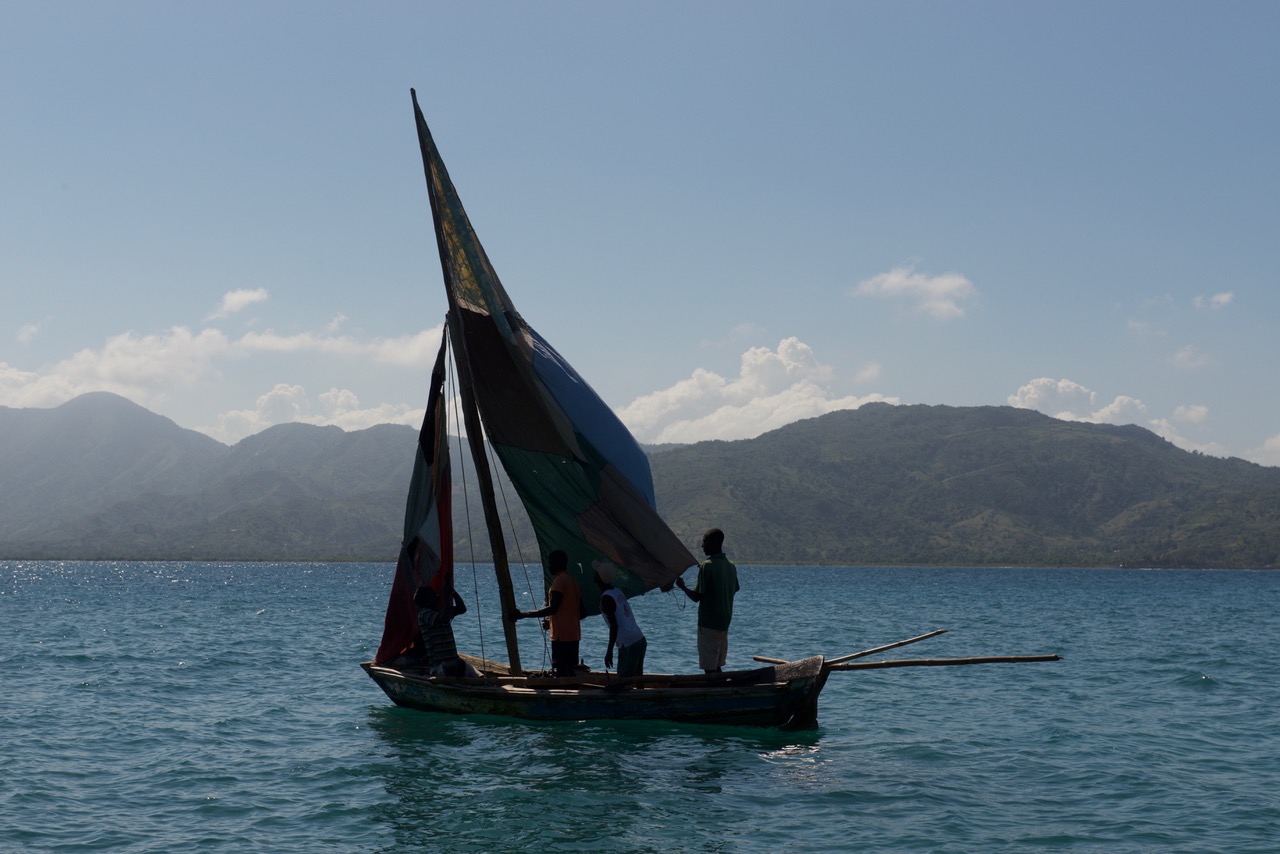